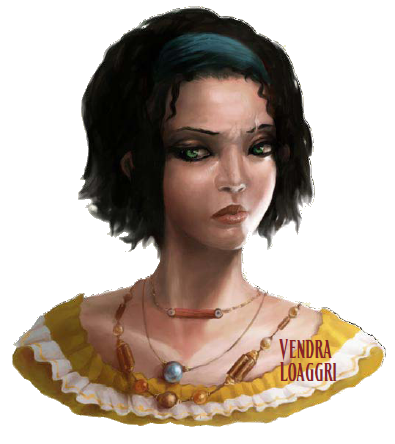 11/10/4708: The day after the battle with Gigriz, Zellara the dead Fortune Teller appears to Vermi Diaquani in a dream as he lies sick and feverish. He performs a dream Harrow reading with Zellara's bloodstained deck, and awakes cured of incipient lycanthropy. Kaz Anders, Naglatha, and a Cleric of Gorum in the Korvosan Guard have a strangely similar dream... 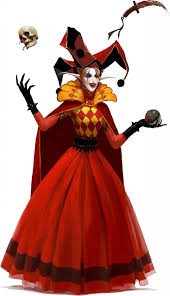 12/10/4708: Ishani Dhatri asks Vermi, Kaz and their new ally Dunhelm, a half-Shoanti Cleric of Gorum, to investigate reports of a cure for the Blood Veil plague being sold by the perfumier Lavender, owned by Vendra Loaggi. The group capture Vendra and expose her as a fraud. Vendra's strongmen seem more interested in celebrity-worship of Vermi Diaquani than in defending their mistress, who will be charged with capital fraud.

13/10/4708: A distraught Varisian dancing girl called Deyanira Mirukova asks the PCs to find her missing musician brother Ruan, who was hired to perform at Carowyn Manor. Investigating the Manor they find hordes of zombies, the remains of the Carowyn's guests reanimated as undead, and after a running battle capture the insane elf Jolastina Susperio, who claims an association with the notorious Necromancer, Rolth. She says Rolth sent her to wipe out the Carowyn party, but he was then taken away by Lady Andaisin, high priestess of the plague goddess Urgathoa, in the company of two women in Gray Maiden armour.
The group also rescue Ausio Carowyn, apparently the only survivor of the massacre/renanimation. Jolastina claims Rolth was taken to Andaisin's lair beneath the Hospice of the Blessed Maiden, where the Royal Physician Dr Davaulus and the Queen's Physicians are leading the battle against the Blood Veil!

Postscript:
after several days spent placing traps around the Wererat lair, Girigz calls her over:

"Y'know Naglatha, you and me ain't so different. Reckon you're alright... And no humans've come down after us in three days - word is they ain't blaming us for the plague anymore. Guess Eries Yelloweyes gets to keep her throat awhile longer. Here, 'ave yer weapons."


Girigz returns Naglatha's weapons. Any request for more stuff back is met with a nasty grin.
Posted by Simon at 12:16 No comments: Time/XP
22/9: A ship with yellow quarantine light is sunk by cannon fire in the Jeggare river.
25/9-26/9: Curing Grau Soldado's niece Brienna Soldado of Blood Veil: 600
27/9-28/9: Getting Trinia Sabor out of Korvosa by fishing boat: 1200
6/10: Escorting Fr. Ishani Dhatri from the Vault of Abadar to Citadel Volshyenek: 600
6/10: Meet the Queen's Physicians and Dr Davaulus at Citadel Volshynek
25/9-6/10: Investigations of the silver coins & skulls-head coffers; passing info to the Bank of  Abadar and Marshall Croft: 1600
10/10: Marshall Croft sends group to Racker's Alley to investigate corpse dump. Naglatha recommnends to Marshall Croft that in future the body carters be paid a bit rate for bodies actually delivered to the Gray District. In Racker's Alley the PCs Spot signs of vampire infestation and recruit the Temple of Pharasma to deal with it before nightfall: 1200
10/10: Wererat fishmonger Eries Yelloweyes asks Naglatha for help vs wererat firebrand Girrigz Ripperclaws, who is trying to unite the wererats for war with the humans above. PCs fight Girrigz's gang in his sewer lair, are defeated and have to give up money and weapons. Girrigz says that if any more humans enter the sewers hunting wererats he'll kill Eries. 2400

+1 Fate Point for investigations & preventive measures.
Posted by Simon at 00:37 No comments:

The Exemplary Execrables theatre in Old Korvosa was damaged by fire during the riots, and is currently out of commission. It doesn't look as if there will be much call for Kaz's or Vemi's acting talents in the near future. 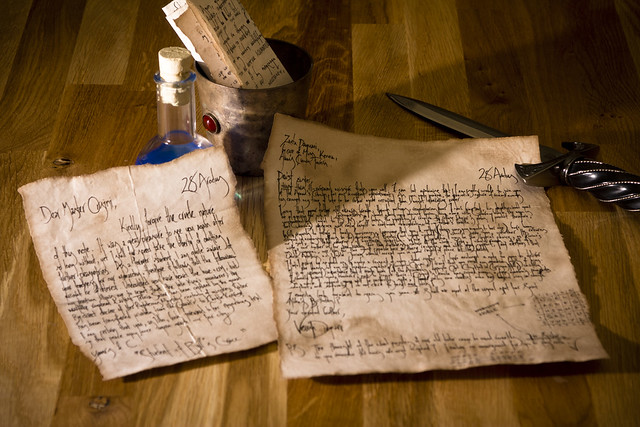 The letters Vemi wrote after Trinia Sabor was moved to Castle Korvosa. 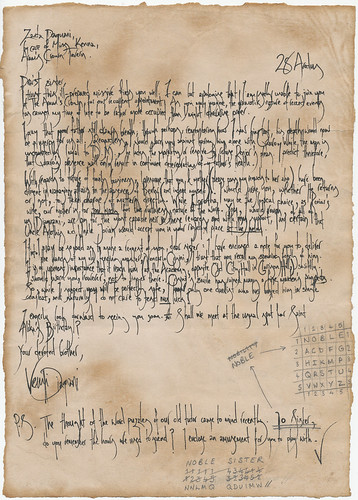 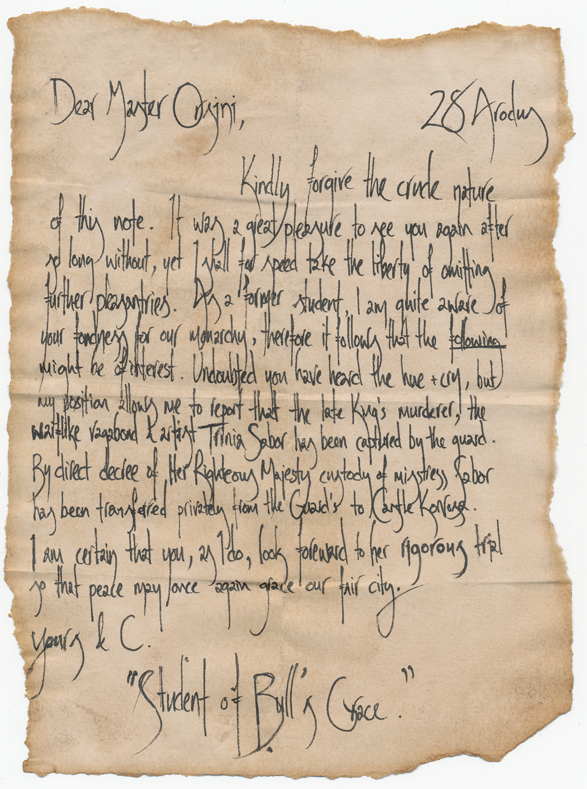 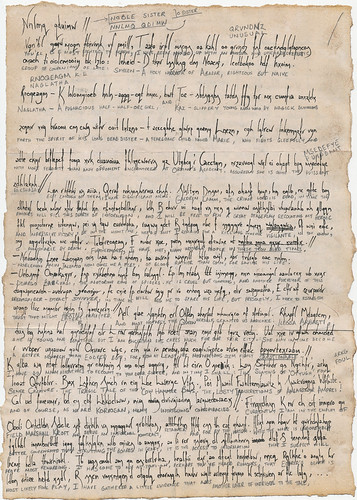 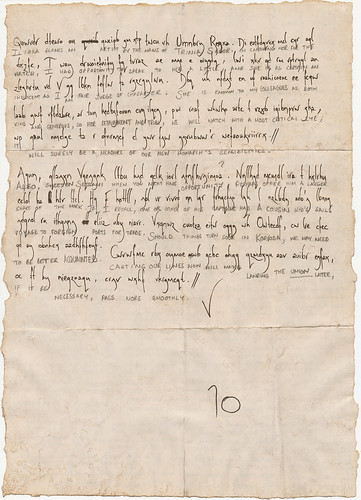