The group rests at Kaz's garret and waits, sleep interrupted by the rantings of Kaz's crazy neighbour downstairs. At 3am they rendezvous with Laori Vaus near Vencarlo Orisini's house, then enter the Old Dock district and assault Emperor Pilts's 'Palace'. Durnhelm the Shoanti falls during the battle, killed by Pilts's one-eyed gnome executioner Jabyr, but the party and Laori defeat a score of Pilts Swastel's elite 'captains' and Jabyr. Vemi captures Pilts, and executes him for his crimes.  Salvator Scream is found in an artist's studio/prison cell. 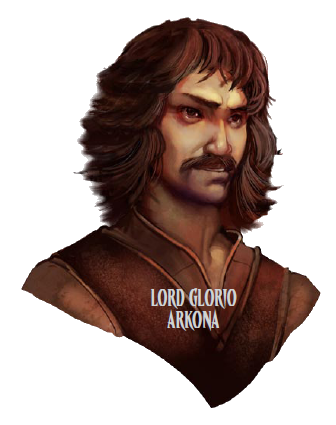 To afternoon - Watch the border of Old Dock, the Emperor of Old Korvosa's domain, from hiding, then and join Tesh Zobberdein, a drunk and foolish man out to get revenge on the Emperor, Pilts Wastrel, for the murder of his family.

Entering Old Dock the group battle squads of the Emperor's guards, their new ally Tesh is killed, but they kill or drive off over twenty men and rescue a battered Devargo Barvassi. Devargo tells them that Eel's End has been burned down and his people massacred. He goes off 'to see if Chittersnap is ok' and to report to Lord Glorio Arkona, apparently his superior in the Korvosan underworld. They meet the ever-cheerful Laori Vaus again, Laori agrees to hang around near Vencarlo's house in case they want to meet up again.

Dusk - Naglatha swims back to the mainland with the body of Megrim on a raft, she just misses being spotted by a Gray Maiden on the wall above. She makes her way through the sewers, greeted warmly by many Vault-dwellers, and back to Midland.

Kaz, Vemi & Durnhelm enjoy an audience with Lord Glorio Arkona, talking of weighty matters. Glorio tells them they may be Korvosa's 'last best hope', hints of opposition to Queen Ileosa, and asks them to eliminate the Emperor. Vemi swears to return a missing Vudran dagger given by Glorio's niece to the scoundrel Verik Vankaskerkin, leader of the deceased Cow Hammer Boys gang of renegade guards and murderers. Glorio gives Vemi a Ring of Evasion.

Naglatha takes Megrim's body to the Temple of Pharasma, and rests there till dawn. She meets Bishopess Keppira d'Bear, who takes one of six diamonds from a velvet drawer and successfully raises Megrim on the altar of Pharasma as the morning sun brightens the eastern sky. Keppira says that it is a good omen.

The group wait until dusk to attempt to infiltrate the Emperor's domain. Durnhelm kills time by rescuing an old man from four street thugs, three are killed. The old man thanks them, happy to see the Law returning to Old Korvosa. They discuss his setting up a neighbourhood watch to protect his street, he seems keen.

Naglatha and Megrim return to Old Korvosa, and rendezvous with the others at Kaz's garret.